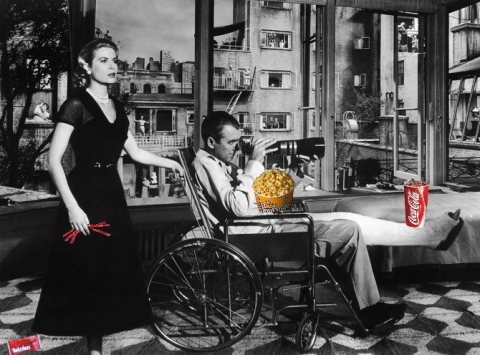 I fail a little as a film lover when it comes to my posted content. (Sorry if I’ve disappointed those who clicked based solely on this domain name!) I don’t post reviews, I don’t make Oscar ballots, and I don’t read as many academic essays as I used to. But I love movies. I love actors. I love certain shots that makes me rewind and watch again. A spotlight highlighting an object. A jump-cut. The credits rolling.  Sunday night, my mom and I went on a movie date.

Read as: we went went big—purchased a large bucket of popcorn and smuggled in FOUR kinds of movie theatre candy… Then we watched Grace Kelly and Jimmy Stewart take down a murderer.  When Hitchcock’s cameo (turning back the clock in the pianist’s apartment, doy) happened, the audience murmured and I got butterflies. We were just happy to be there. Then I got a four-hour cramp from eating buttered popcorn. You win and you lose.

Rear Window was released sixty-one years ago. My grandmother saw it in theaters and six decades later, her youngest child, in the company of her youngest child, bought tickets and looked at the big screen. Meaning a lot of people did a lot of things right. Nothing beats Hitchcock. Or Edith Head’s costume design. Or spending time with a mama. Nothing.

Now featuring the greatest ever poster print ( thank you Drake & Lisa!!! I admire it daily). 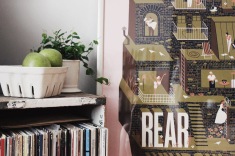 And speaking of admiration, lets talk about the film’s closing shot? I could go on for approximately thirty minutes. THE BEST.

You are currently reading Movie Date ft. Hitchcock at .